1.Environmental problems are too big for the individual country or individual person to address. We have reached to a stage where the only way to protect environment is at an international level.To what extent do you agree or disagree？

2.The tendency that news reports focus on problems and emergencies rather than positive development in society has a negative impact on both individuals and society. To what extent do you agree or disagree？

3.Surveys show that in many countries, people are living longer but increased life expectancy has many implications for the aging individuals and for society as a whole. What are the possible effects of longer living for individuals and society？ 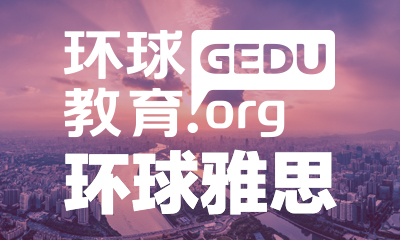 4.We can get knowledge from news, but some people think we cannot trust the journalist. What do you think？ What qualities should a journalist have？

5.In many countries traditional foods are being replaced by international fast foods. This is has negative effects on both families and societies. To what extent do you agree or disagree？

6.Young people are often influenced in their behavior and situations by others in the same age.This is called"peer group pressure".Do the disadvantages outweigh the advantages？

7.Some people say that it is no longer necessary to use animals as food or in other products, like clothing and medicine. To what extent do you agree or disagree？

8.Some people think that personal happiness is directly related to economic success, while others believe that this depends on other factors. Discuss both views and give your own opinion.

9.Some people believe say that police carrying guns leads to a high level of violence in that society. To what extent do you agree or disagree？

11.Today, as women are becoming more and more important in every way, some people say that they should be equally treated as men. Do you agree or disagree？

12.We have a mixture of people from different cultural and ethnic backgrounds in a country. Why is the case？ Do you think it is positive or negative？

13.Some people support the development in agriculture, such as factory farming and scientific creation of fruits and vegetables, while others oppose this. Please discuss both views and present your opinion.

14.Some research reports suggest that the majority of criminals who were sent to prison would commit crimes again when they are set free. What do you think of these reports？ What can be done to solve this problem？

16.Some people believe that the government has the duty to ensure its citizens have a healthy diet, while others believe it is individual responsibility to care for their diet and health. Discuss both sides and give your own opinion.

18.Some people consider that history is of little or no use to us. Others believe that studying history helps us to know the present. Discuss these views and give your own opinion.

19.The restoration of old buildings in major cities in the world spends numerous government expenditures. This money should be used in new housing and road development. To what extent do you agree or disagree？

20.Some people believe that public health should be improved by increasing the number of sports facilities, while others believe that it has little effects other measures should be taken to solve this problem. Discuss both views and give your opinion.